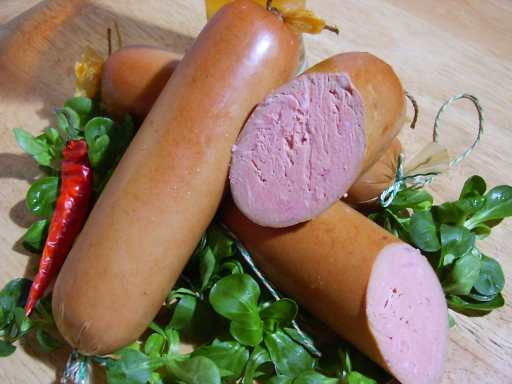 Every Thursday, I go to my local farmers' market (g) and buy cheese, meat and eggs. The market is held at the Lessingplatz, which has a broken-obelisk fountain presumably in memory of one of the leading figures of the German Enlightenment. It's now the main gathering place for the leading figures in Duesseldorf's outdoor alcoholic scene (g). But those folks fade into the background when the market comes.

This farmer's market is not one of those fancy-pants ones where hipsters in porkpie hats sell arugula while guerilla knitting. No, this farmer's market features actual farmers, with dirt-stained hands, fun regional accents, friendly manners, and solid, unspectacular, delicious traditional (not heirloom) potatoes, which are helpfully marked with their texture (creamy, mealy, firm).

Meat I buy form the Vennbachhof (g) stand. Not just because it's good, but because the saleswoman vaguely resembles a more earthy and organic Heidi Klum. If your lifelong fetish dream was to see Heidi Klum sling giant chunks of raw meat (you know who you are), and she still hasn't responded to your messages, then you need to come to the Rheinland.

The only problem is that, as a little dankeschoen, meat-Heidi always gives me a chunk of Teewurst (tea sausage).Why is this a problem? Because then I have to eat it. Now, as Teewurst goes, the Teewurst from the Vennbachhof is probably excellent. But I can't stand Teewurst. The problem with it, as with most German sausages, is that it's hopelessly under-spiced. This means you can actually taste what the sausage was made from. I usually discreetly put the Teewurst out on my balcony, where the creatures of the night feast upon it.

If I wanted to taste organ meat — and I don't — I'd just buy a jar of pate. The entire reason sausage exists, if you ask me, is to take the parts of a mammal that nobody in their right mind wants to think about, grind them up, and load them with delicious spices that start a party in your mouth. The best sausages — which are almost all Polish and Hungarian — thrust the question of what parts of the animal they're made from far into the background, where it belongs.

I have a Theory about this. Back when European mankind first had the glorious idea to make sausages, powerful Germany could afford the best organ meat, and therefore had little to cover up with spices. Those countries on the 13th-century version of the Eurozone periphery were left to make what they could from the leavin's — eyes, anii, ears, hoof gristle, what-have-you. To distract themselves from the content of their casings, they turned to huge amounts of garlic, dill, onions, and other dangerously intense 'ethnic' flavors that are much too stimulating for the German palate.

That's my Theory and I'm sticking to it. Fortunately, last night, a friend came by, and I was able to force the Teewurst onto him. Although he doesn't like Teewurst either, he had little choice but to be a nice guest and eat it. I ate a quarter of it out of solidarity. Gad, that hideous brain-like texture…

16 thoughts on “Teewurst Claims Another Victim, or the Blandness of German Sausage”