Never been the biggest Mozart fan, but the Sinfonia Concertante has always been a favorite.  The Allegro is a non-stop geyser of coruscating musical invention that will make your heart race. And what a performance by Vilde Frang and Nils Mönkemeyer and the Basel Chamber Orchestra. Stutenbissigkeit comes from Stute (mare) and bissig (bitey). So, it’s a word for female horses biting each other, a form of female intrasexual conflict, a behavior we English-speakers associate with cats. In fact, if you type in the word ‘catfight’ into Google image search, you get nothing but pictures — sexy, sexy pictures — of women threatening or attacking each other. This is my favorite: 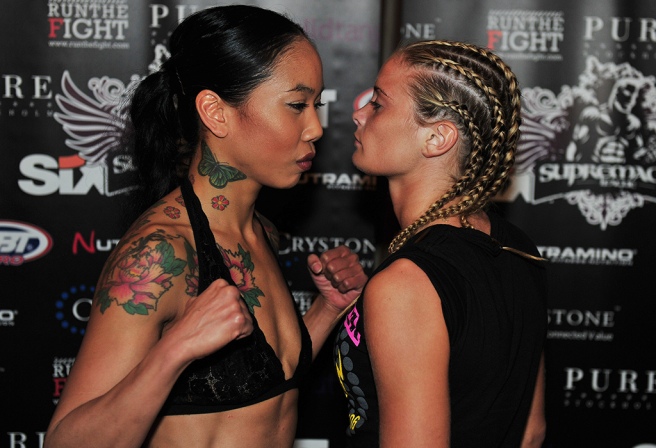 The German Wikipedia entry for Stutenbissigkeit shows severe damage from repeated raids by sociologists and gender-studies grad students. We are informed in the very first sentence that this word is a “medieval sex-role stereotype”, and the authors point out, po-faced, that there’s no biological basis for it, since all horses bite, not just mares.

It only goes downhill from there (g, my translation):

The term ‘Stutenbissigkeit’ has become more and more prevalent since the mid-1990s. Borrowing from the conflict behavior of mares, the concept is meant to disparage competitive behavior or rivalry between women, by tacitly assuming the the conflict behavior of men as the standard of measure — that is, the behavior of men is seen as the social norm. This disparagement is accompanied by a subconscious association with socially undesirable, non-manly behaviors including jealousy or envy…. The background to animal metaphors is the continuing social taboos against and delegitimization of girls and women as actors who take part in open conflict an competition, and the resulting disparagement of their competitive behavior.

I hope you were taking notes, because this will be on the mid-term.

The article reluctantly mentions that there’s another related term: Zickenkrieg.

And is not only a website but also, improbably enough, a conflict within the Soviet labor camp system!