The German love of hiking and nature paired with German efficiency and organization is a formidable combination.

The Neanderland Hiking Trail (NeanderlandSTEIG) is a 240-km loop of hiking trails encircling the city of Mettman and the Neander Valley area, all of which is all east-northeast of Düsseldorf. It was opened only in 2014, which means all the signage is brand-new (and well-thought-out). It has its own thorough, informative website (apparently only in German so far). The trail is divided into 17 different sections, each with its own GPS map, and there’s even an app, which appears to have at least some English features.

The way is marked by small red badges affixed to (or painted onto) trees, poles, or signs along the way, so you rarely have to consult a map to make sure you haven’t lost the plot. Almost all of it is within forests and pastures, sometimes on broad paths, sometimes on narrow, almost-overgrown single-track. The path enters cities only at the beginnings and ends of each of the 17 stages, to allow you to catch a bus or a train back home.

What the path shows is how much nature there is in this part of Germany. This might come as a surprise, since the Rhein-Ruhr region is the most densely-settled area in all of Europe. However, the key word is densely: there’s a clear demarcation between compact, circumscribed built-up areas and forests and pastureland. If you don’t allow sprawling suburbs to develop, you can pack a lot of people into a small area, and leave the rest for farming and nature.

I’m doing the trail on my cross bike, which usually works out pretty well. Especially in the northeast portions, there are lots of hills, but they’re not particularly brutal. There are a few gnarly passages, with tons of tree roots and undergrowth, so sometime you just have to portage the bike. But by and large, the trail is quite ride-able, and a skilled mountain-biker could probably do all of it. So far, I’ve only ridden three sections of the trail in full, and each has been memorable. I plan to assault the rest of it over the coming months. Here’s a picture gallery (taken during Stages 4, near Velbert, and 12, in South Düsseldorf) which helps explain why: 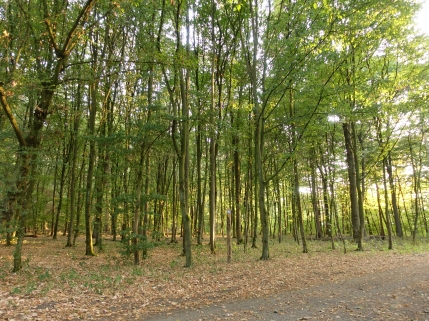 winding path on the neanderderlandsteig near garath 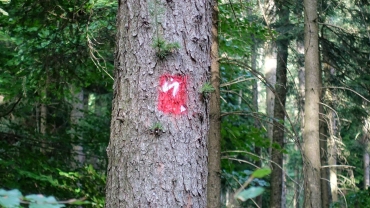 vw beetle in field near deilbach 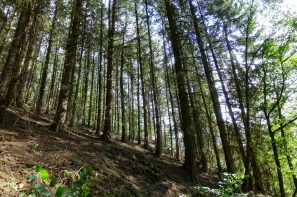 fields and lowering skies near in der heide 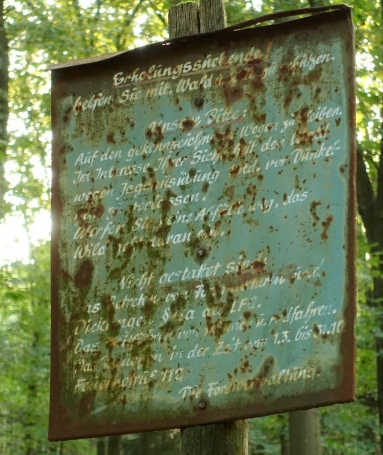 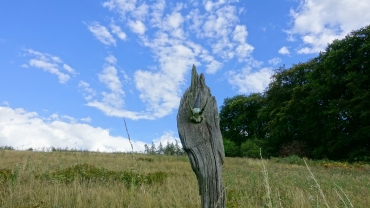 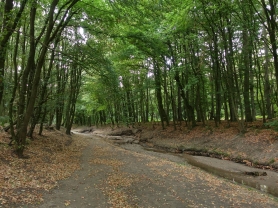 path along the galkhauser bach near garath

days of heaven style russet fields near in der heide

ascent into cloudy plateau near deilbach